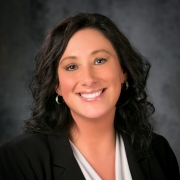 Cinnamon rolls stimulate our senses – smell, taste, touch and sight. But they are so much more than just that.

They also give us a feeling of wonder, a feeling of memories of home, of mom and dad and family…all around the table waiting excitedly for the cinnamon rolls.

As Executive Director at The Willows I make sure our community lives cinnamon rolls.

I try to make sure that both our staff and our decisions always pass the Cinnamon Roll Test. By that I don’t just mean we always want to do the right thing, but that we want to have people feel just right as well. As though they just came down to a warm kitchen of cinnamon rolls.

Sure, we have many rules and regulations to follow, they are important for safety and proper resident care. And we are always dedicated in following those guidelines and more.

But nothing on that “requirements list” keeps us from also being a Cinnamon Roll community.

Assisted Living. And Memory Care. These are our specialties.

Think of the new life of friends, memories and warmth that your senior Mom or Dad will begin to live when they join us.

When I was a little girl growing up, my Mom always gave me lots of choices.

What to wear, what sports to play, what chores, and how clean to keep my room (well, that was not really a choice).

And life is that way. There are lots of choices.

My Mom also taught me that changing your mind was an OK thing. Give something a good try, and if it does not work, try something else. In fact that one was of immense help for me as I danced through high school and college, trying one thing and then another.

In my case there was a time when I was sure I would be a nurse forever. But then I changed my mind and pursued Management, finally getting a Master’s Degree. And now I am lucky to be able to use both of those skills in my job as Executive Director of The Willows.

I can bet you have had similar experiences in your life. Lots of choices, and a few changes mid stream. Call me some time and let’s swap stories. As you know, I love to visit. And my cell is 485-1672. I mean it, call anytime.

And oh yes, what about my headline about Shrimp Scampi for Breakfast? I figured that would get your attention.

Here at The Willows we believe in lots of choices too. And that means a large daily meal menu, not just “meatloaf on Monday.” And on our menu even has shrimp scampi. And, yes, you can even get it for breakfast.

And you know what? Some of our residents have even done that – smiling all the way.

Thanks Mom. Thanks for teaching me that choice is a good thing. What you taught me is at work here at The Willows every single day.

To Me, May Is All About Mom!

Because without Mom we would not be here. Yet the specialness of May is nearly endless.

Not only do we celebrate Mom with Mother’s Day, we also celebrate Veterans with our Memorial Day Bar Be Que, Nurses with our Nurse’s Day grand ice cream sundaes, Cinco De Mayo and of course the planting of our gardens.

We also get to celebrate the glorious sunshine that May brings, as well as visits from friends and…